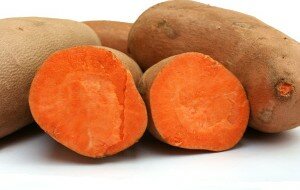 Sweet potatoes are considered to be one of the favorite and most significant foods worldwide. Both the tubers and the leaves can be eaten. They taste great, sweet and are healthy. They are also highly digestible and rich in Vitamin C.

Sweet potatoes alternative name is Kumera, originally named from South America.  There are three types of sweet potatoes based on colors, such as the golden brown/orange, purple  potatoes.

China is the world’s largest commercial producer of sweet potato, while Australia is a small grower producing for about 30,000 tonnes of sweet potatoes yearly and 80% of them produced are from Queensland.

In Australia, the orange fleshed potatoes are said to be the most popular, because of their sweet, smooth taste.

There is no need to store sweet potatoes in the refrigerator, but keep them in a cool dark place.