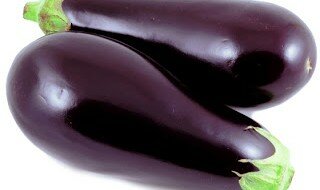 Eggplants known as aubergine are soft versatile vegetable. It is considered as a star ingredient around the world. This vegetable can be used in a lot of dishes because of its flavour.

Eggplants have varieties such as the regular one, with brilliant shiny purple skin. The Lebanese and Japanese eggplants which are smaller and thinner but have the same flavour as the “normal” eggplant and can be used in many dishes and lastly, the pea eggplant which are smaller than the others. Pea eggplants are more bitter than the other varieties.

Eggplants are rich in fiber and manganese. They  also contain potassium, folate, vitamin K, vitamin C and magnesium. Eggplant shouldn’t be kept in the fridge. It’s best to keep them at room temperature like tomatoes.

Eggplants are usually grown in temperate regions in Australia. When buying quality eggplants, look for  ones that are smooth and shiny. And remember, no holes in the skin.